The Gutenberg Update: What You Should Know About the WordPress Overhaul

The Gutenberg Update: What You Should Know About the WordPress Overhaul 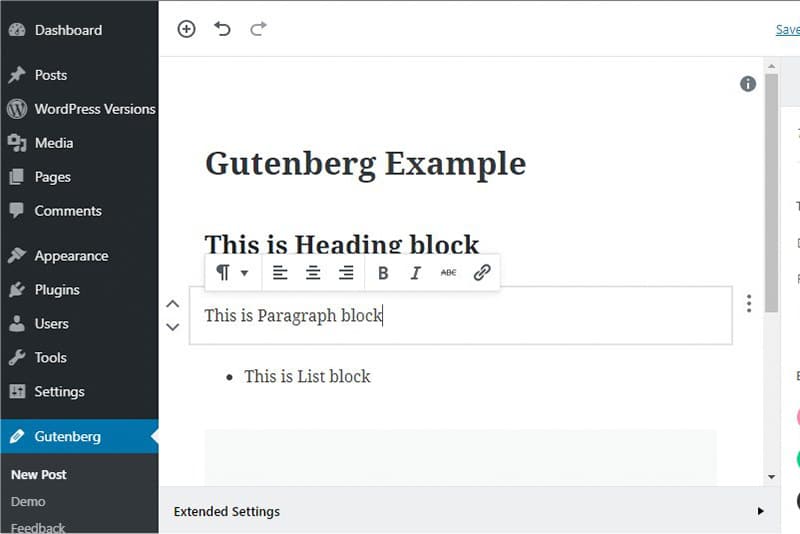 WordPress is the most popular content management system (CMS) on the web. The platform powers over 29% of the top 10 million websites, including heavyweight publishers like The New York Times, Reuters, and The Wall Street Journal.

WordPress is also the CMS of choice for millions of bloggers and small businesses worldwide — including yours truly.

The key to its popularity can be summed up in one word: flexibility. As an open-source platform, WordPress is open to extensive customization.

If you look under the hood of a well-crafted WordPress site, you’ll find an assortment of custom WordPress plugins, themes, and HTML codes. In fact, while WordPress itself is free to use, there’s an entire industry around developing premium WordPress themes and plugins for businesses.

Last year, the development team behind WordPress announced Gutenberg, a project in WordPress 5.0 that will transform how we build and manage WordPress sites.

While there’s no release date for Gutenberg yet, it’s time for bloggers and businesses who use WordPress to start thinking about how to adapt to Gutenberg.

What is Gutenberg for WordPress?

Gutenberg is a coming update to the WordPress post and page editing interface that replaces many of the plugins and widgets we use today with elements called Blocks. As of March 2018, the project is still in the beta phase. There is an optional Gutenberg plugin available to any WordPress developers who want to give feedback before the big launch.

Eventually, the Gutenberg editor will replace the editing interface WordPress users have come to know. The WordPress team has yet to say when this will occur, but the plan is to merge Gutenberg into WordPress 5.0 and launch by the end of 2018.

And that’s just phase one. According to the Gutenberg project page, the team also has its sights set on simplifying custom page templates and, ultimately, full WordPress site customization.

Blocks will enable users to insert rich content like forms, social media posts, and multimedia within the WordPress post editor itself. The system resembles the editing interface on sites like Medium, which uses a similar drag-and-drop system for inserting rich content into posts.

The idea behind Gutenberg blocks is an ambitious one. Blocks are meant to simplify the patchwork of formatting elements used to build custom WordPress posts today, like plugins, widgets, and custom shortcodes.

Say you’re building a site for your business on WordPress. You want to create an ‘About Us’ page with employee bio’s. Rather than searching for a theme with a fitting template, or installing an ‘About Us’ plugin, you could ideally insert an ‘Employee Block’ that automatically embeds a photo, name, and biography.

Or, if you’re a food blogger, you could drag and drop a ‘Recipe Block’ that generates fields for ingredients, instructions, and photos into your posts.

There’s lots of potential in Gutenberg Blocks. But it also raises a big question: what will happen to all the custom WordPress sites out there today?

How Gutenberg Will Effect Your WordPress Site

That’s what many developers are asking ahead of the coming change. And it’s fair for them to worry. After all, many of the custom elements they rely on are set to become obsolete.

The good news is, Gutenberg will not break the part of your website users see when they visit. The update won’t change the WordPress front-end.  In other words, it should not impact your customers’ experience on your site.

The back-end is a different story. If your site relies on custom meta boxes and plugins, you may encounter issues the next time you edit a post. It will be up to the developers of your chosen plugins to bring their product up-to-speed with the changes, and if they don’t, you will have to find another solution.

One alternative is the Classic Editor plugin, which restores the classic editing interface and enables any WordPress plugins that extend it. The plugin can entirely replace the Gutenberg editor or add alternate “Edit” links that let you open a single post or page in the Classic editor, acting as a failsafe to keep the back-end of your site working as it should Gutenberg update drops.

Preparing for the Gutenberg Update

While the change has some developers wary, others are embracing the opportunity to modernize. The devs behind the incredibly popular Yoast SEO plugin are already talking about how to use Gutenberg to improve the user experience.

We’re still waiting on an official launch date, but there are things you can do in the meantime to prepare for Gutenberg:

Source. Article by the awesome folks at TrafficScoda

Office Guardians is a fully integrated marketing & digital agency. Our goal is simple – we are dedicated to turning your challenges into opportunities. We combine creativity, strategy, and technology to develop innovative solutions and perfect your vision. Whether it’s from the beginning or you’ve lost some ground on your original target, Office Guardians offers turn-key creative services to get your marketing going in the right direction and we would love to support you as you face your next challenge or opportunity. 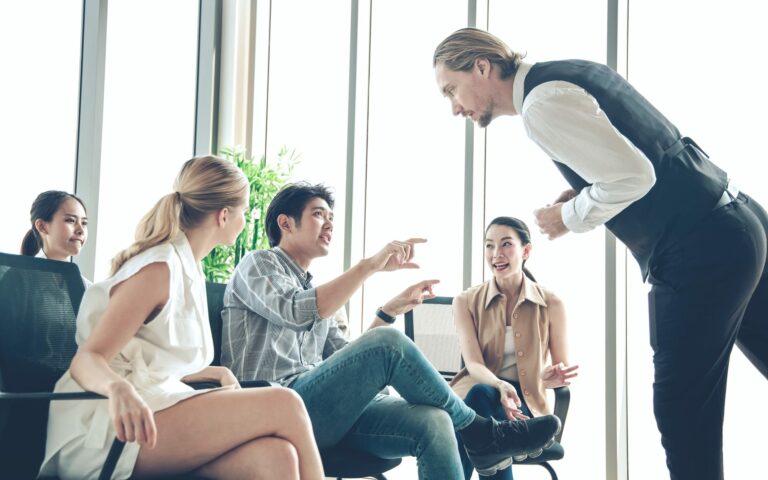 How to Get Your Audience to Take More Action 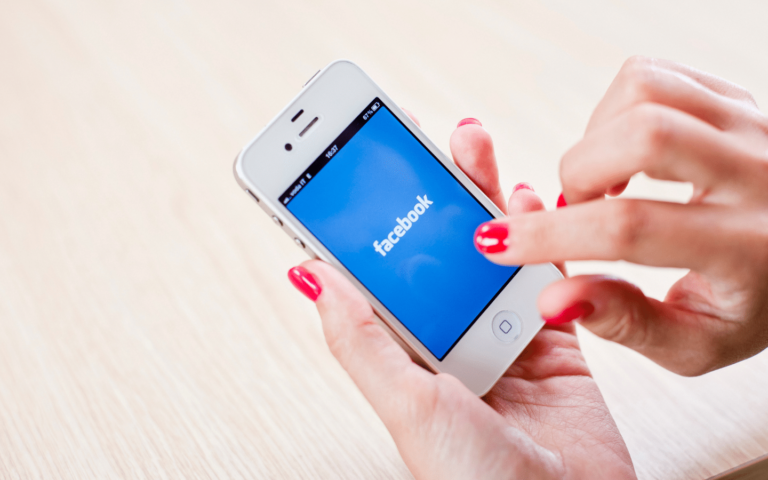 Your Guide to Creating Facebook Ads That Generate Sales 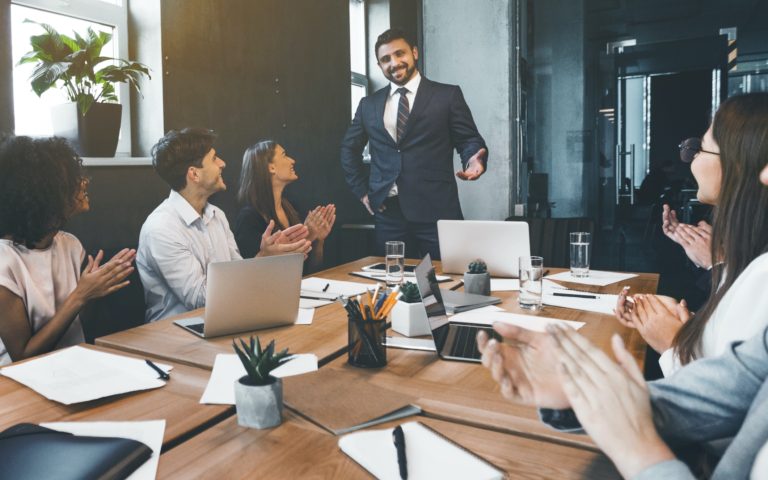 📥 This section of Instagram appears below your profile picture and is a collection of videos or pictures of information you shared through your Instagram stories in the past.

It is then organized in a way that is more easily digested by your audience. 🧲

💡 The importance of marketing content for your business cannot be overstated.

📊 Look around any major city in the country, and you’ll see that the world of commerce is changing at a rapid pace. Some of the biggest retailers in the world are going out of business because they failed to adapt to these changes.

📲 We choose to be an extension of your team rather than be seen as an outsourced marketing team.

We don’t just want to be the fix for just one problem but want to support your long-term strategic growth. To do this we want to work with you and not just for you.

🔐 And also, 42% reported they are taking their first steps in content marketing

Which is best for your brand’s strategy? ↗️

🌐 While Facebook’s head start may give it an advantage in terms of user base and popularity, Instagram’s growth has been extremely strong and is continuing to climb.

📲 Epic content will make a huge difference in your online efforts because epic content inspires people, makes them think, and is often emotional.

This type of content has viral potential and can move your business to the next level. Epic content is longer, more in-depth, and provides a high level of value to your audience. 📑

There aren't a lot of things in this world as heavenly as a mother’s warm embrace. She is the voice of the reason when the world seems a bit delusional, a hand to hold when you are too afraid to walk on a new path and the only person who is stubbornly proud of you, no matter where you head in life. When you have your mother by your side, you pretty much have the strongest support in the whole wide world.

👩‍💻 Want to know how to utilize social proof in your business?

That means adding them to your website’s home page, your social media channels, and in your email responses.

👉🏻 This will show consumers that you can be trusted, and that other people recommend you.

Think of all the possible related statistics and studies that could positively reflect on your business, product or industry:

🔸 Over 500 Million People Use Instagram Stories Every Single Day
🔸 The ever-growing podcast sector is set to reach $1 billion in 2022, with 32% of North Americans listening to podcasts at least once a month.
🔸 63% of Gen Z Consumers Are More Likely to buy from a Company that Contributes to a Social Cause

👋 We believe that your marketing should deliver results.

We understand what it feels like to be frustrated by marketing that doesn’t work.

🔐 Keywords are the words that your audience uses to find your content, information, and products.

If you have discovered some keywords that work for your company then it’s important to find a way to use them creating content around the keywords and keyword phrases.

📩 Email marketing has the highest return on investment for small businesses and is the second most effective medium for building brand awareness.

Those stats alone serve as a reminder that email marketing is not a thing of the past.

It's continuing to grow and is a major way that brands learn about and engage with their customers. 🤝

" I also very much appreciate their WOW! Client service that my team and I receive from their TEAM." 😁

↗️ One of the significant benefits of digital marketing is that it helps with geographical expansion and the broader reach of your business.

This includes improving site speed and navigation, ensuring your content is easy to consume on mobile devices, and more. 📲

📥 As part of your monthly subscription, you get access to our entire team. This includes strategists, copywriters, web developers, graphic designers, social media experts, and videographers etc.

🧐 Paying attention to what your audience is doing on social media will help you learn more about your consumers so you can understand the content that they want to see.

Marketing Guardians can help you figure all of this out so you can be in touch with and provide content that your audience wants. 📊

🧑🏼‍💻 Creating a consistent customer experience online and offline is an important aspect of memorable marketing.

👆 More and more businesses are using virtual and in-person events to influence audiences and drive sales, but they often think of them as isolated from online marketing initiatives.

🔗 Once you have people's attention, you need to build trust and rapport, whether that's through email or social media. So you can:

📍 Ask for referrals.
📍 Make a referral.
📍 Help promote or volunteer your time for a charity event.
📍 Sponsor a local sports team.

3 0
Follow Marketing Guardians on Instagram
LET’S CONNECT
You can hire one employee or you can hire a team of experts for the same price, what sounds smarter? Meet Marketing Guardians, your Monthly Subscription-Based Marketing Agency - get expert marketing support at one flat rate! Think of us as an extension of your marketing team, a full-service creative partner. Whether you need a little help, or a lot, you can count on us!
Phone: 403-830-1094 or 403-630-3131
Address: #310- 4000 4th Street SE Calgary AB T2G 2W3